This is the latest installment in The Plant Speaks, an ongoing series of personal notes from the members of 10 Ft. Ganja Plant about their favorite albums.

year 2011 looms overhead, and the reclusive 2012′ers in neighboring Woburn are settling in for what they believe will be one of their last long New England winters.  They huddle in front of a giant LCD screen and ponder how best to prepare for the return of Quetzacoatl.  Is two years enough time?  In Providence, they wonder if he’ll be bringing Nyarlathotep with him.  And together they hear rumors spoken in hushed tones during online gaming sessions of new directions for 10 FT. Ganja Plant between now and then.  As for myself, all I can say is good things are certainly on the way… and if these cultists are right, we’d better Get This Show On The Road.  And why shouldn’t we?  I hate to sound like a pessimist, but a few more years like the last couple and anyone with a vested interest in roots reggae will be dead. 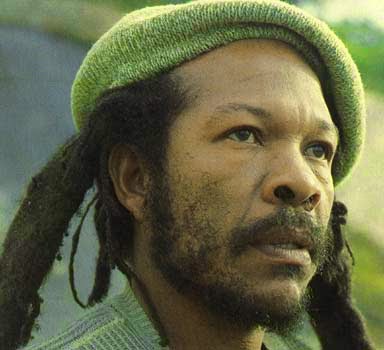 This was a bitch of a year for reggae.  Two titans in the world of roots reggae have passed on.  On the evening before we gathered in the studio to begin tracking our next album, the one and only Lincoln “Sugar” Minott passed away all too early.  And more recently, the Cool Ruler himself, Mr Gregory Isaacs went home to Jah.  But as much as I love and respect both these great talents, there was yet another, less publicized passing that has affected me more than either. Vivian Jackson, a.k.a. Yabby You, had a unique voice in both a physical and a philosophical regard.  His voice was not the type of sugary-sweet Jackie Edwards type, but evoked all the heaviest attributes of that quality that sets the golden era of reggae apart; the essence of “dread”.  Yabby You did not sing love songs in the romantic sense, choosing instead to extoll the virtues of the Love of Jah.  Literally.  That’s the name of a classic track from the incredible “Conquering Lion” album.  “Conquering Lion” itself was one of the heaviest riddims of the day, being versioned many times over by the likes of sax virtuoso Tommy McCook and Big Youth, the Human Gleaner.

When I first made the transition from smoother reggae (think “Third World”) to the heavy stuff, the Conquering Lion album hit me like a lead weight.  Some of the deepest grooves ever laid down anywhere, mixed by the visionary King Tubby. The album is a soundtrack to Armageddon.  In “Jah Vengeance”, Yabby You  admonishes the wicked that “the Lord shall roll and shake the land”. He examines the poverty around him, noting “The man who does the work does not get any pay / But the one who doesn’t work, he inherit/ But I know the time has come now / When my Father’s ready / They’ll get their pay according to their works”.  Not exactly roller skating music for most people.  But for me it became a part of the soundtrack to my daily life, playing somewhere in the background at all times, even when no radio was around.  On one occasion a friend and I were sheet rocking an apartment while the guy fitting tile in the next room, a staunch metalhead, found himself chanting along with “Run Come Rally” before stopping himself midway through the chorus and proclaiming to us loudly that that was in fact Some Heavy Shit.

Credit must also be given to the extra-heavy harmonies of the Prophets. Every classic Jamaican harmony group has a unique, distinct sound, and the Prophets are rarely given their just due.  The record also features some of the hardest beats ever laid down by Leroy “Horsemouth” Wallace.  Yabby you was also a respected producer, releasing killer records on his own Vivian Jackson label for the likes of Wayne Wade, Michael Prophet, and Trinity. Yabby You was a survivor, a man who endured persecution from other Rastas because he, as a self-described “Ites Rasta” did not believe in the divinity of Haile Selassie, thus earning himself the nickname “Jesus Dread”.  He also suffered from different physical ailments from an early age, ranging from arthritis to malnutrition. And yet he was still active in his later years, even performing internationally in his later years and still possessing a strong presence. 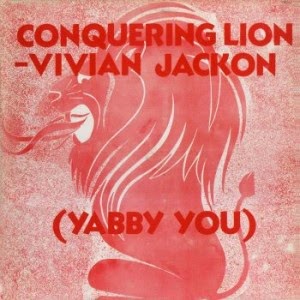 Yabby You should be featured prominently in any serious reggae fanatic’s playlist, especially in times as dread as these.  And if you don’t yet know his music, you owe it to yourself to seek it out.  It’s worth the effort.  As a new year approaches, take a moment to remember the reggae greats who have left us in recent years for a brighter home; Yabby You, Sugar Minott, Gregory Isaacs, Joseph Hill, Justin Hinds, David Isaacs, Brent Dowe, Joe Gibbs, Coxsone Dodd, and all the rest.  In the turbulence of a broken economy and a feuding government with no concern for its people, remain strong and always look forward.  While we cannot replace the cornerstones of reggae music, 10 Ft. Ganja Plant can at least build upon that foundation to provide a seed for future generations.  Tune in soon for more news regarding the group and new plans for next year.  If you love roots music, you shall not be disappointed…